My favourite part of the Aussie Hands family is seeing how amazingly clever so many people are which inspires me to try new things.

My name is Jay and I’m 38 years old. I’m happily married to my beautiful wife Ashleigh and we have four children, so needless to say life in our house is rarely dull (or quiet). When I need a break from family life I’m privileged to spend my working day at the pointy end of a 100 seat, twin jet airliner. I’m a First Officer on a Fokker 100 jet for Alliance Airlines.

I was born missing my right hand and forearm just below the elbow.  However, I didn’t let this slow me down as I had an older brother who I tried to keep up with. Thankfully my parents always encouraged me and offered any support I needed although I usually just adapted to do things ‘my way. I believe these elements were crucial in my development. Two years after my birth my little sister was born and my mum and dad’s family was complete.

I was only a baby when I was prescribed my first cosmetic arm and as a boy occasionally used other prostheses including a split hook and a myo-electric. I never really found prosthetics to be all that much help for anything other than winning fancy dress competitions – I was always Captain Hook! At the age of seven, I decided I didn’t want to wear ‘fake arms’ anymore and that was the way it was for about a decade.

When I was young, my Mum started a support group called Childlimbs in Perth, but regretfully we had less to do with the group as I grew older, and gradually the next generation took the reins.

School life for me was very normal and I made friends with everyone. I was lucky to avoid bullying, perhaps because I was able to disarm(!) people with my sense of humour but having my brother keep a watchful eye over me surely helped. Another reason was perhaps because I could hold my own on the sports field and excelled at swimming, T-ball and table tennis.

My high school had a specialist Aviation course which initially didn’t interest me but after taking my first flight I was hooked. I couldn’t believe people actually flew aeroplanes for a living and I naively thought ‘this is what I want to do’. After much hard work I won a scholarship and with the help of a specially designed and built attachment for a prosthetic arm, I started flying lessons. I flew solo at the age of 17 and it was an incredible feeling being ‘alone’ in the sky.

The journey from my first solo flight until now has seen me flying to remote coral atolls to take passengers on snorkelling tours, returning patients back to country towns for the Royal Flying Doctor Service, conducting thrilling aerobatic joy flights, teaching others the joy and skill of flying and also conducting flight tests for the Civil Aviation Safety Authority.

I honestly believe that I never faced any discrimination during my flying career until it was time to take the step from smaller aeroplanes to the larger airliners. To gain employment with an airline was stressful and the youthful naivety that had seen me tackle many seemingly impossible challenges was disappearing as I grew older. Fortunately, I had some fantastic friends in the airline industry who supported and encouraged me to persevere and in October 2017 Alliance Airlines offered me a job and they have been fantastic ever since. 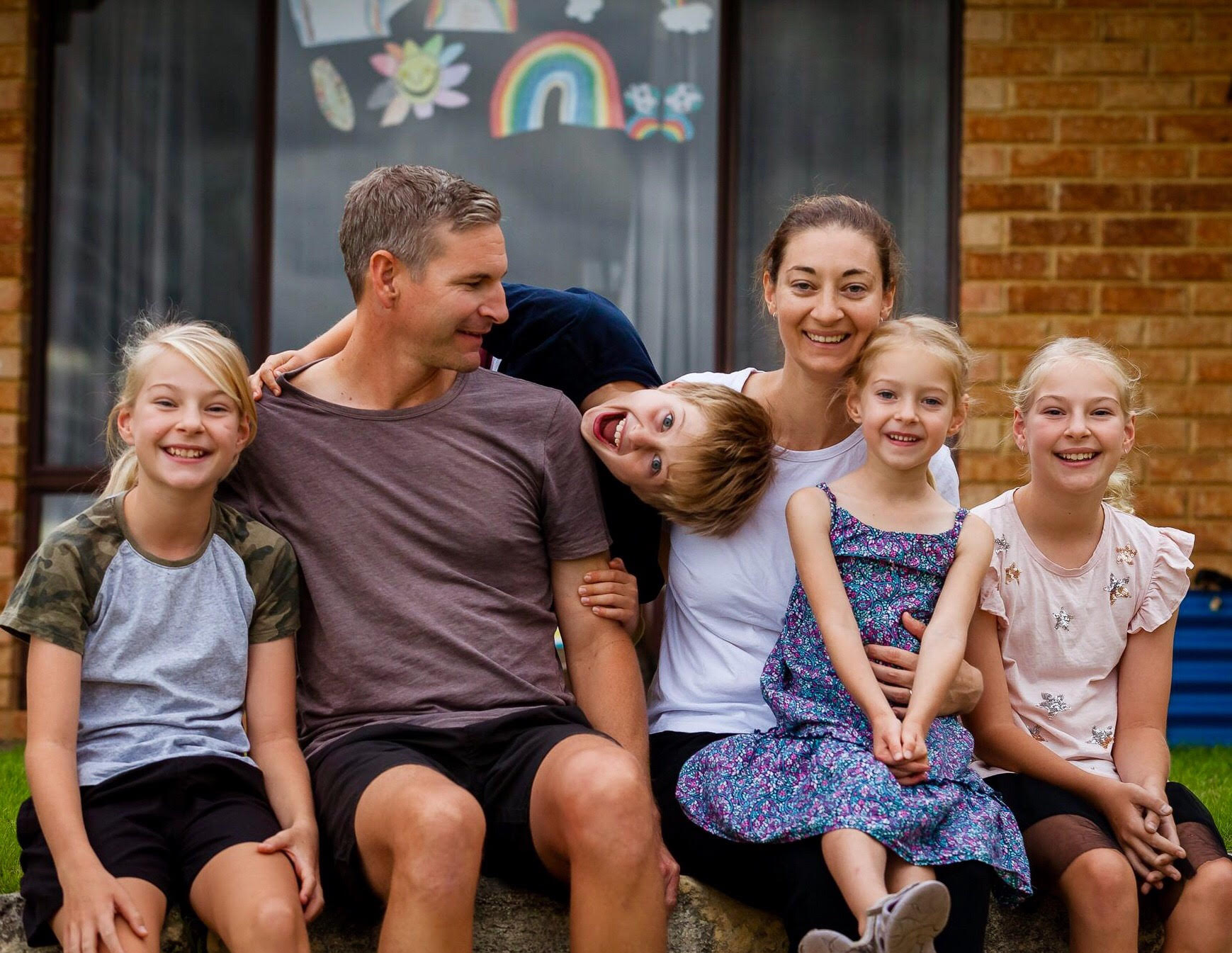 Fatherhood presented new challenges which I took in my stride. I found it comical that we were tested with twins first time round and my open-minded wife allowed me to participate in all parenting tasks including the dreaded nappy change. My twins deserve much credit too as they were the easiest of babies and allowed me the chance to learn and practice new skills. As our children have grown older they have each learnt that ‘dad is a little bit different’ and it pleases me so much when they respectfully answer the ever-repeated question “what happened to your arm?” for me.

Once I became a father, I realised the importance of being involved with a community of people with a hand difference.  After meeting Larah Cornthwaite at a Childlimbs meeting she told me all about Aussie Hands and their Facebook group.  I became a member nearly 3 years ago so I could see the activity from people all over the world, which is fantastic and something I wanted to be part of, be inspired by and contribute to.

Personally, I think the biggest lesson I’ve learnt from the Aussie Hands family is how challenging it can be as a parent of a child with a hand difference. I never really understood what my parents went through and selfishly thought it was only me that was affected. Having read many of the parent’s posts, I gained a much greater appreciation for what the parents may endure and realised their journey is as challenging, if not more challenging, than living with the difference.

Many people have asked me if I wished I had two hands and my response often surprises them. I love the challenge of living with one hand and personally think life would’ve been boring with two. I love that people I meet always remember me. In fact, my children think I’m famous because I literally can’t go anywhere without people recognising me. It has also meant that there is often less pressure on me to be able to do certain things. This was of great benefit when I was younger because so long as I was trying my best, everyone was supportive and this so importantly boosted my confidence. It has allowed me to travel through life with rose coloured glasses on and see the best in others.

I’m honoured to be part of the Aussie Hands family and love to help, support and encourage both the parents of and those living with a hand difference.

I haven’t been as involved as I’d have liked to be, due to starting my career with Alliance Airlines, but have made some contributions via the Aussie Hands Facebook group.  I’m always happy to answer questions or offer ideas when asked and in the future, I hope to become more involved.

My favourite part of the Aussie Hands family is seeing how amazingly clever so many people are which inspires me to try new things. This amazement is not limited to those with a hand difference, for example, Mat Bowtell’s efforts are nothing short of incredible.

Thanks to Jay for sharing his story. You can help Aussie Hands continue to support people like Jay by making a donation.